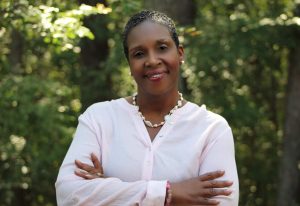 Barbara Pullen-Smith, Ph.D. began her career in 1981 as a health and human services specialist for the North Carolina General Baptist State Convention, developing and implementing health promotion and disease prevention programs in Black churches across North Carolina. She also served as a district representative for the American Cancer Society in 1984. In 1985, Dr. Pullen-Smith joined the State of North Carolina as the first consultant for the Adolescent Pregnancy and Prematurity Prevention Program. In this capacity, she assisted 33 projects throughout North Carolina in the areas of community organizing, coalition building, program development and evaluation. She would spend a total of 27 years with the state, including being the founding Director of North Carolina Office of Minority Health and Health Disparities.
Since retiring from state government in 2012, her entrepreneurial pursuits includes serving as a Consultant for non-profits and faith-based organizations, Adjunct Professor in Public Health at a local university, and owner of a network marketing business for an invite only luxury travel club.
Three years later, she was diagnosed with breast cancer in June 2015, which altered not only the course of her life, but affirmed her life’s work for others.